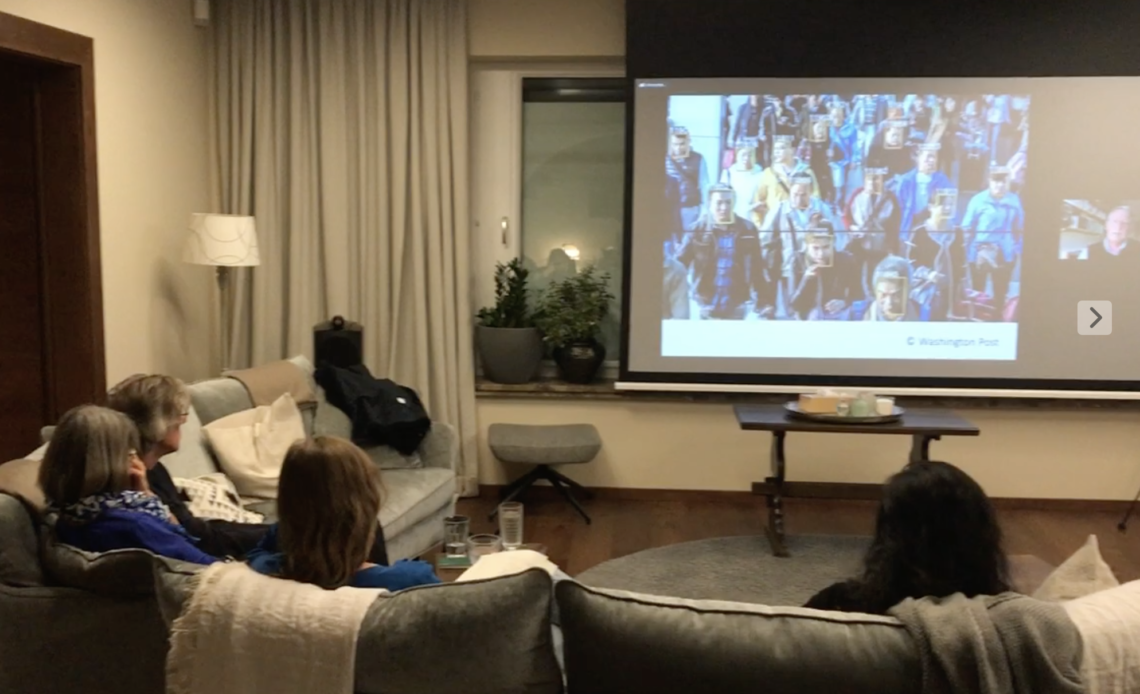 On the 29th of October, the Quo Vadis Institutes’ Annual Consultation was held as a hybrid event, with attendance both online and at the newly opened QVI house in Salzburg. This year, the consultation focused on questions related to Artificial Intelligence, the flourishing of humanity, and the possible future of humanity – inspired by the book The Robot Will See You Now, which came out earlier this year. We had the honor of hearing from Prof John Wyatt, one of the book’s editors, and Prof Nigel Cameron, a specialist on the intersection of ethics, theology, and technological advancements.

Prof Wyatt, who besides being one of the book’s editors also wrote two of its chapters, opened the discussion for us. Prof Wyatt is Emeritus Professor of Ethics and Perinatology with University College London, and Senior Researcher at the Faraday Institute for Science and Religion in Cambridge. He is an expert in the interface between medical ethics, technology and Christianity, and is currently leading a research project on the social, ethical and theological implications of advances in artificial intelligence and robotics.

In his talk, Prof Wyatt outlined some of the main questions surrounding AI, but also spoke more on the type of posture required of people living in a world filled with intelligent machines. As many aspects of the use of AI seem innocent or they open ethical question to which no clear mechanisms have been developed yet, Prof Wyatt encouraged us to stay informed and careful in our increasingly technologically inundated world. His main points on the influence of AI can be summarised with the following four topics:

Our second speaker, Prof Nigel M. de S. Cameron, is President Emeritus of the Center for Policy on Emerging Technologies in Washington, DC, a former Technology Editor at UnHerd.com, and a regular advisor to government departments, unions, and companies on the future of work in the age of robotics and automation. He has also written extensively on this topic, including a chapter in The Robot Will See You Now.

During the Consultation, Prof Cameron spoke about the effect of technological advancements on the labour market. Since the industrial revolution, people have feared that machines will take their jobs, and Prof Cameron believes that this is becoming a more legitimate fear today, due to the developments in AI. Granted, every advancement creates new jobs, however at this point, it may seem that technology will outrun the pace at which those new jobs can be created. This likely possibility will bring about massive societal change – for example, the deconstruction or reorientation of our notion of “full time” work. Are we prepared for this and, if not, how can we prepare for this? How can one work on mechanisms now to make sure that when such a shift occurs, societies can cope?

Another question Prof Cameron discussed was what types of timeframes are used when people think about the ‘future of humanity.’ Often, one tends to look at the next 10-15 years, when contemplating the future, but humans may be around for another hundred thousand, million, or even billion years. And in this time, technology is only going to continue to expand and develop. Prof Cameron suggested a “Risk View” approach to public life – which most people apply to their private lives anyway (everyone has house insurance even though houses rarely burn down). In the same way, even if chances of a particular outcome are small, these scenarios must be prepared for and thought about. The changes that AI and technology will bring about will happen, whether we are prepared for them or not – but of course the outcome of those changes will be better if we are well prepared and thoughtfully engage.

Questions to think about:

QVI is also happy to announce the organisation of a Study Group, looking at The Robot Will See You Now. More information on this will be published soon, but if you would like to receive invitations to these events via email, please subscribe to the Newsletter letter here.

Public Lecture on 29 October: "Grace and Gratitude in Times of War"

Worth reading...
New Book Launched! The Robot Will See You Now edited by John Wyatt and Stephen Williams